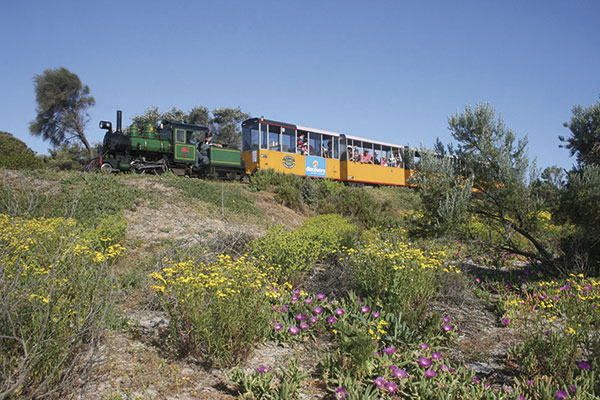 The Semaphore to Fort Glanville train departs from the foot of the jetty at the end of the popular Semaphore Road cafe strip, and parallels the Esplanade and the sand dunes of one of Adelaide's most popular swimming beaches, before passing through the dunes near historic Fort Glanville at Point Malcolm.

Our flyer can be found here.

Steam trains will depart between 11am and 4pm, roughly every hour or at frequencies varied according to demand.

Prices for this unique scenic and relaxing train ride are as follows: 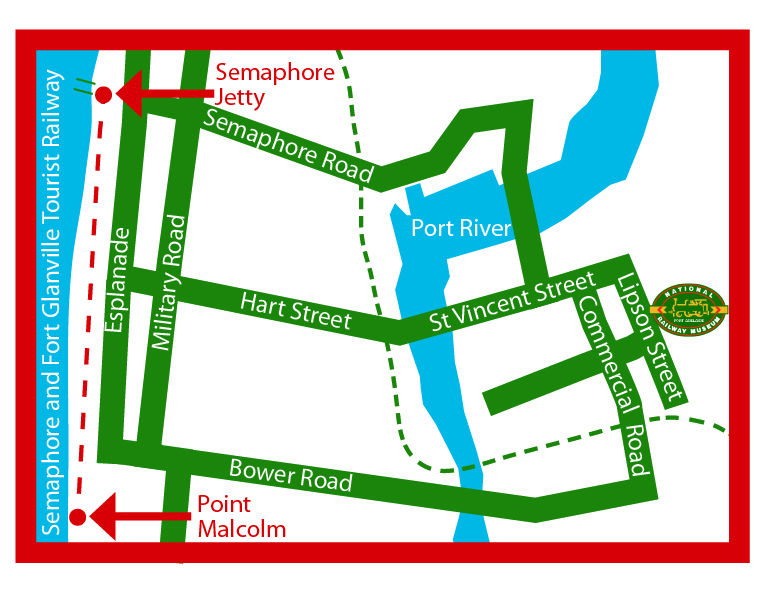 Tickets for the Semaphore and Fort Glanville Tourist Railway do not include admission to the Museum (and vice versa). Tickets are sold from the train or prepaid from the National Railway Museum shop.

The Semaphore and Fort Glanville Tourist Railway does not operate if the forecast temperature for Adelaide is 36ºC or higher on the morning of operation.