There is a new display at the National Railway Museum, containing Bob’s collar and a sculpture of Bob by Barbara Parry. Come to the Museum between 10am and 4:30pm any day (except Christmas Day) to see Bob’s collar and sculpture and learn more about his story.

In 1884 in Adelaide, a selection of stray dogs were rounded up and transported by rail towards Carrieton to become rabbit exterminators. One of these dogs would subsequently become known as Bob the Railway Dog. His exact breed is not known, but he is believed to be either a form of German collie or Smithfield terrier.

At Terowie, Bob was obtained by William Seth Ferry, who was a special guard for the South Australian Railways at the time. Ferry was soon promoted to Assistant Station Master at Petersburg (now Peterborough) and took Bob with him. During that time Bob had developed a love for the railways and regularly caught the local trains back and forth, becoming well-known to the staff. 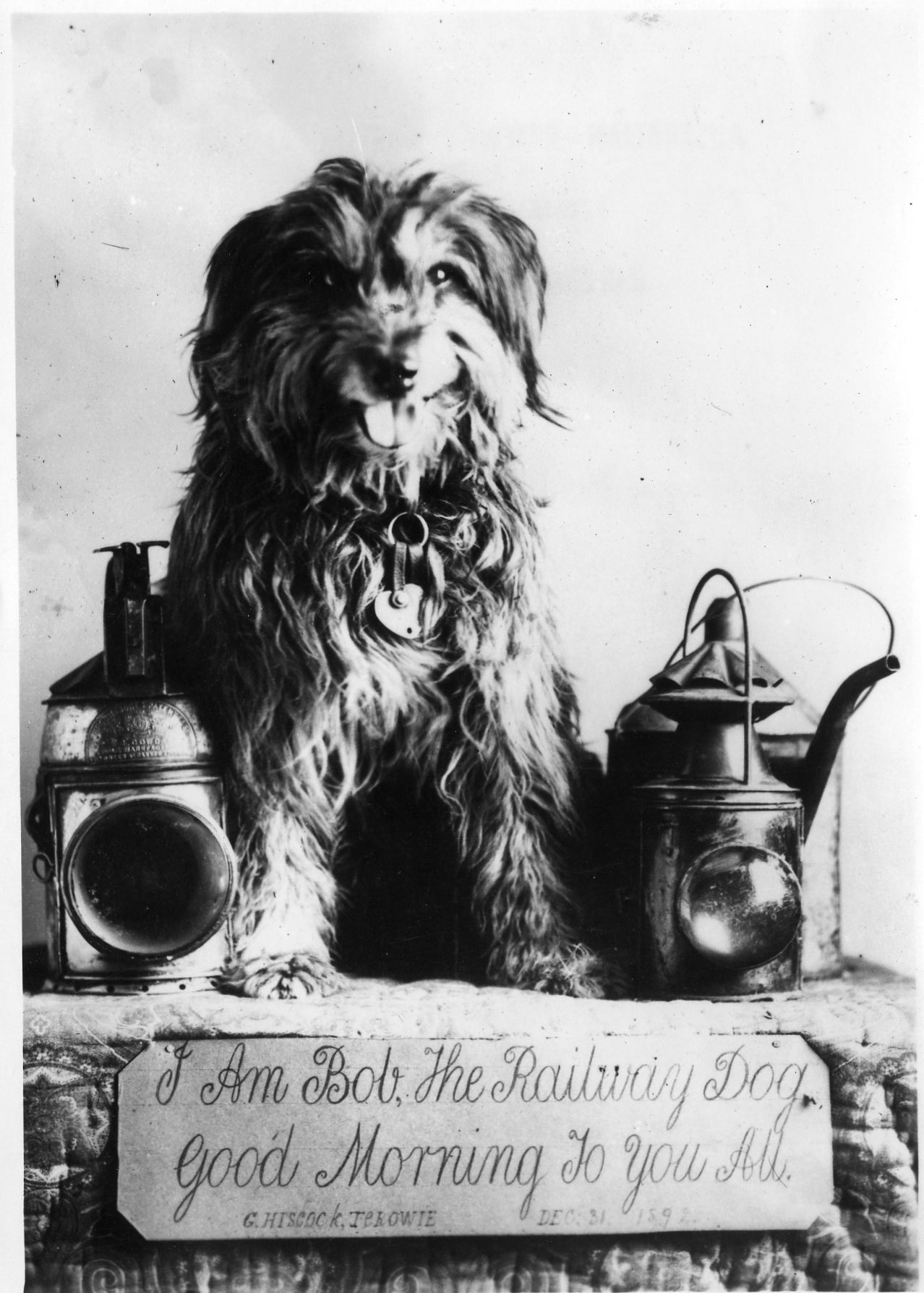 In 1889, Ferry moved to Western Australia to take up a position as a Station Master. Bob was hidden from him at Alberton so that he wouldn’t be taken to Western Australia. Once Ferry was gone, the South Australian Railways staff continued to care for Bob and registered him. His journeys along the rails were ongoing.

Most of Bob’s railway trips occurred along the northern lines of the South Australian Railways, to places such as Peterborough and Terowie. However, in his later years he also travelled further south, such as to Port Adelaide. In the 1890s, Bob sadly passed away. There are differing tales about his death, and what happened to him afterwards. There were claims that he had been stuffed and mounted, but no evidence of this has come to light.

Bob’s collar was created by the South Australian Railways after some kidnapping attempts. Without the collar, those who were not familiar with him could easily have believed him to be a stray. The collar says “STOP ME NOT BUT LET ME JOG FOR I AM BOB THE DRIVERS DOG SAR”