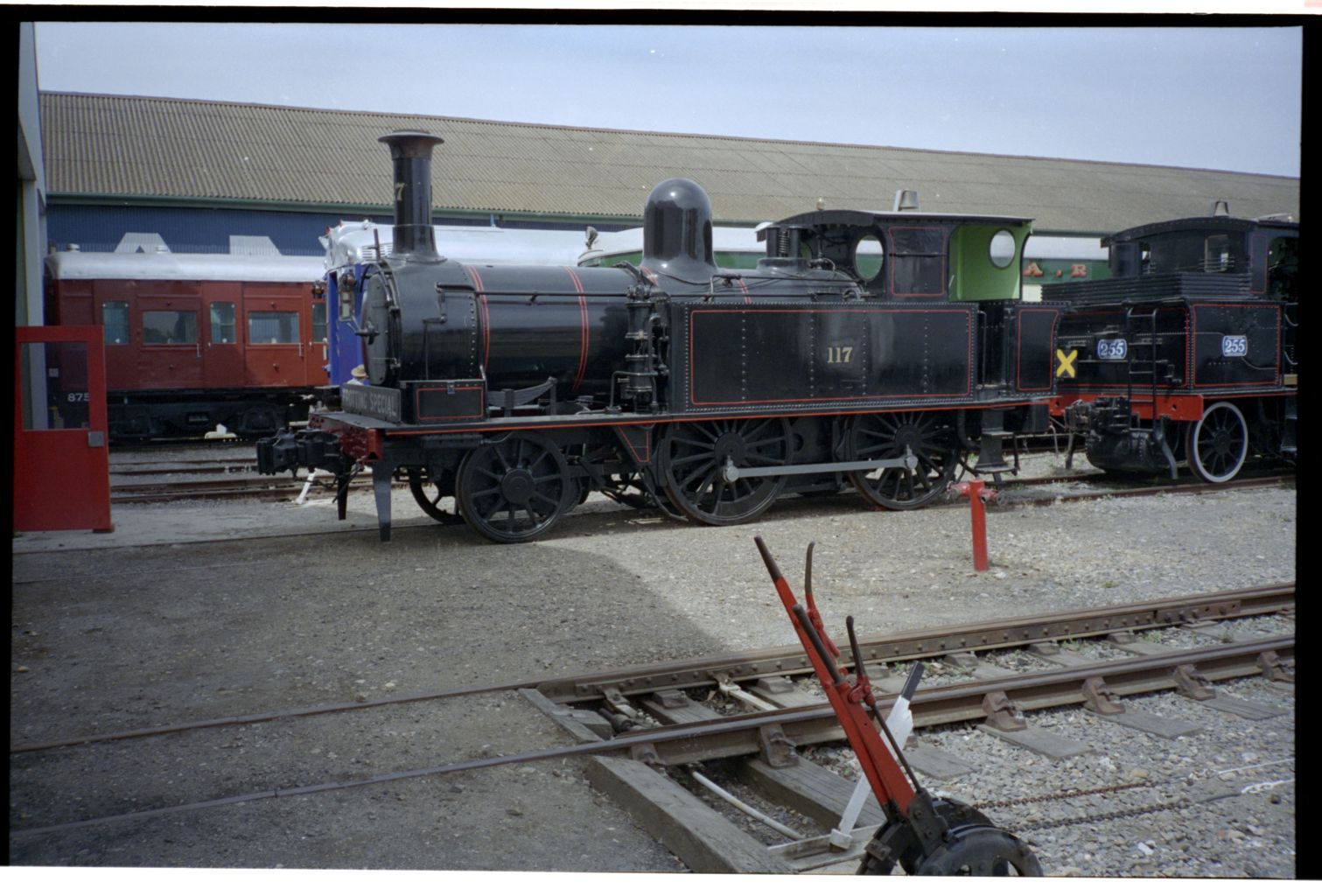 In 1861 Beyer Peacock & Co., Manchester, England, built for the West Midland railway a 2-4-0 tank locomotive that was to be the forerunner of many of this type built, with few modifications, over the next 25 years. It was a most successful design, represented in Australia by the P-class of the South Australian Railways and the F351-class of the New South Wales Railways.

Suburban trains over Adelaide’s Port and North lines had been hauled by the small and underpowered E and M class tank locomotives before the advent of the P-class in 1884. Twenty were built, the first six coming from Beyer Peacock and the remainder from James Martin & Co., of Gawler. No.117 belongs to the latter series then known as the ‘Colonial Ps’. It carried builder’s number 57, and was placed in service on 12th June 1893. Along with the rest of the class it would have hauled suburban passenger trains until displaced by the F-class 4-6-2s in the early 1900s.

An unusual service worked by the P-class was over the old Clapham branch, then the southern suburban terminus. Consisting of two to four carriages and a four-wheel brake-van, these trains were known as Clapham Dodgers. They ceased running when the suburban service was extended to Eden Hills and the branch-line closed, in 1919.

When the South Australian Railways took over the Glenelg Railway Company’s two lines in 1899 the Ps displaced the Company’s small 4-4-0 and 0-4-4 tanks and, along with the K-class 0-6-4Ts, hauled all trains until these lines were closed in 1929. Thereafter most were used for shunting at Port Adelaide, and hauling Port Line goods trains, with occasional runs on Semaphore passenger trains. A couple were also stabled at Mile End and one at Tailem Bend as roundhouse shunters. With the arrival of the 800-class diesel electrics in 1956, all of the P-class were withdrawn.

No.117 is the sole survivor of the class and the only locomotive in the Museum’s collection with inside cylinders. It was the first locomotive to enter the Mile End Railway Museum on 24th August 1964, and was placed at the Port Dock Museum on 29th October 1988.