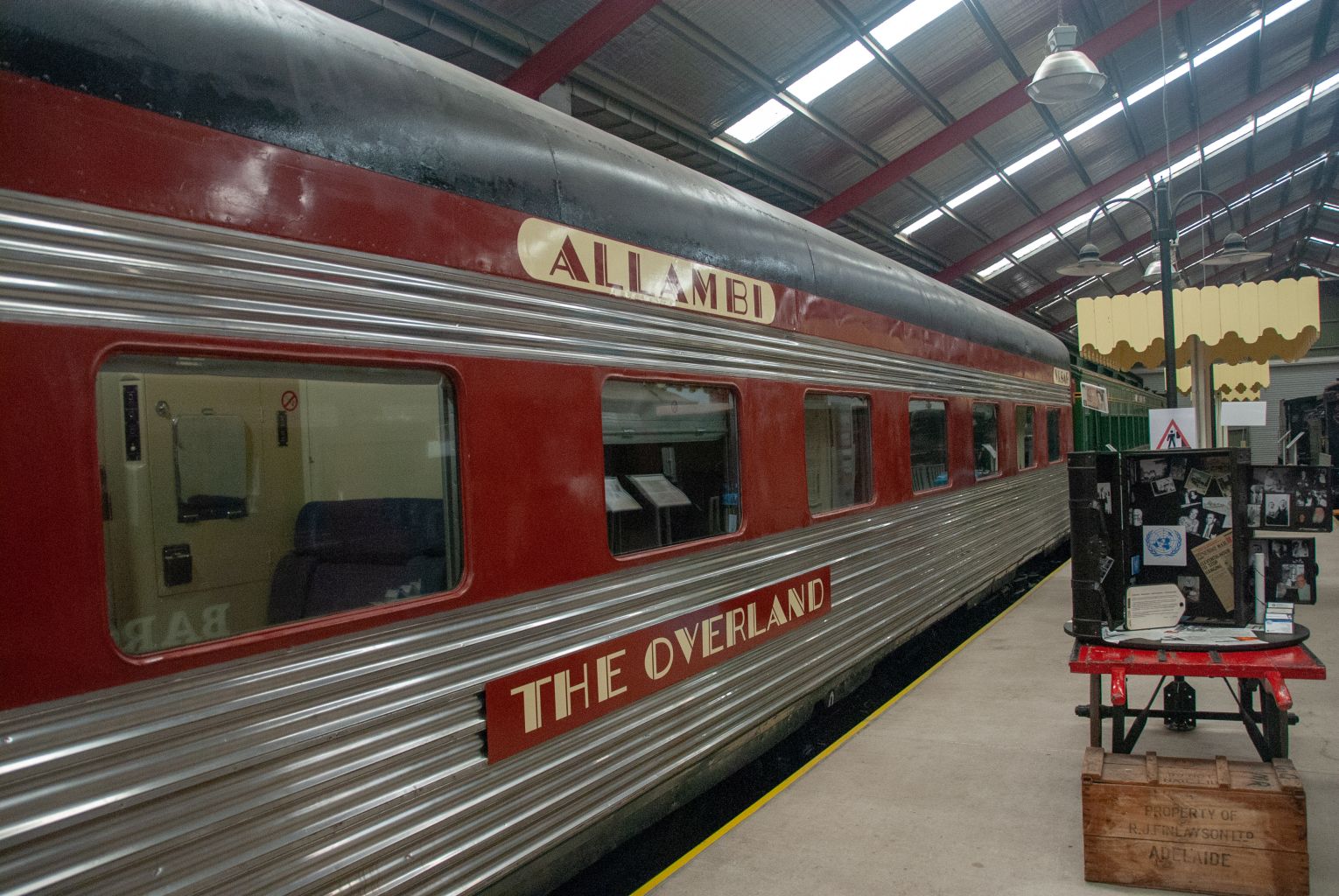 One of ten roomette Joint Stock sleeping cars used on The Overland service between Adelaide and Melbourne. This type of rolling stock was built progressively from 1949 to replace the wooden carriages. Each of the carriages was fully designed and constructed by the South Australian Railways. Exteriors were finished in maroon, with a fluted stainless steel panel on each side of the cars running above and below the window level. The roof and bogies were painted black.

Early in 2008, the museum became aware that the carriage might be surplus to future railway requirements. Contact was made with VicTrack who gave the museum a favourable response about making it available for the museum’s collection. VicTrack recommended to the Victorian Minister of Transport that the carriages be made available to the NRM for display. The State of Victoria donated the car, with the museum paying for its transportation from Melbourne to Adelaide. It arrived at the museum by road on 28th November 2008.

Much of the significance of each of the cars lies in its preservation in near original condition as a rare example of operating, design and construction practices no longer practiced in house by current rail passenger operators. There have been no major alterations to the appearance of the cars other than routine maintenance that has involved mechanical repairs, soft furnishing upgrades and repainting.