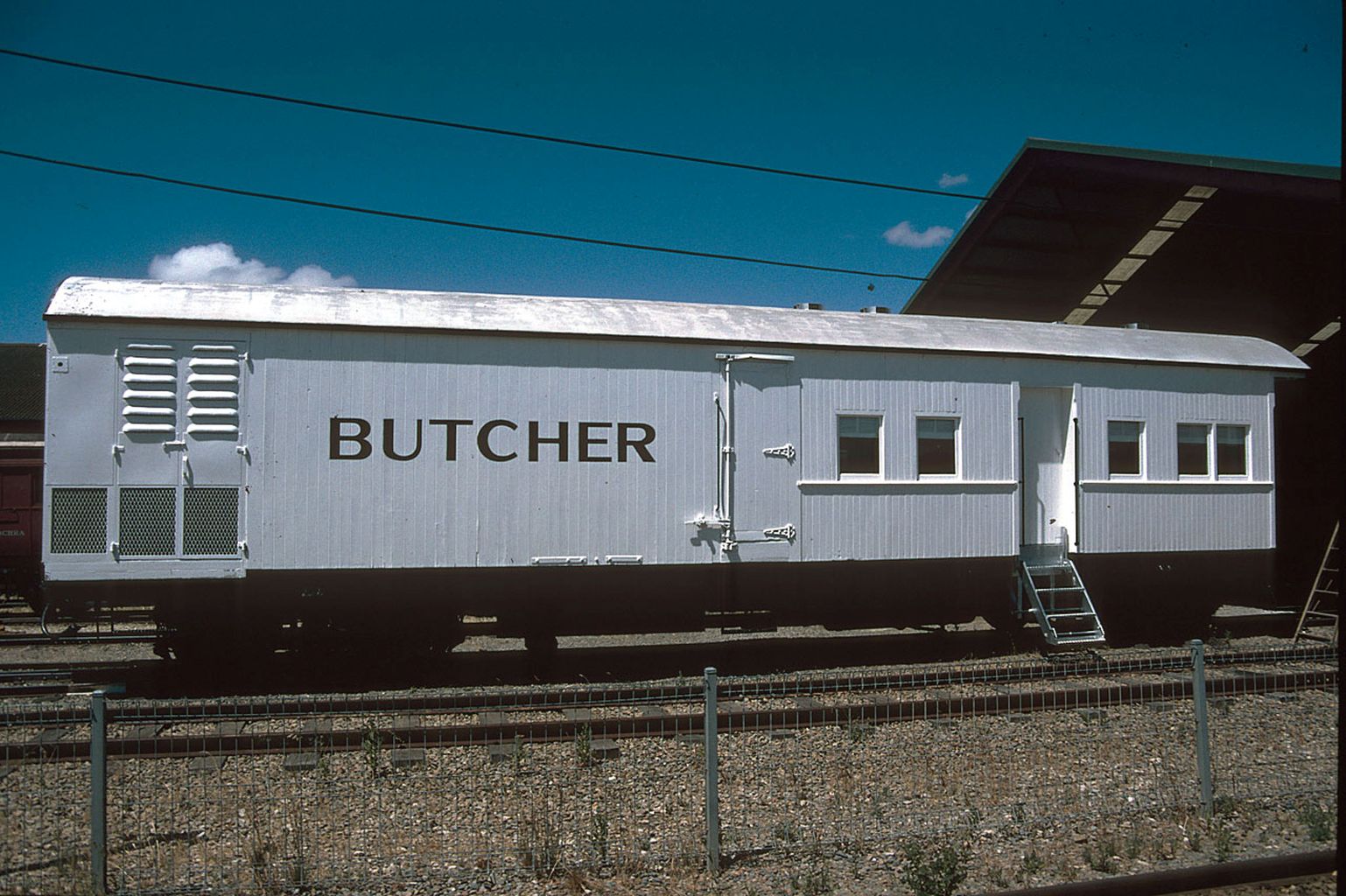 The Tea and Sugar was the lifeline of the Nullarbor. It began life very early in the 20th century during the construction phase of the Trans-Australia Railway (TAR) which links Port Augusta to Kalgoorlie. Initially an ad-hoc service using a brake van to transport goods was implemented with the exact inauguration of the Tea and Sugar as a regular service being a bit of a mystery. Certainly by 1915 it had been formally recognised with the provision of dedicated vehicles for use as a travelling supply van, butcher shop and a fruit and vegetable van.

Whilst construction was taking place two sets of vehicles were provided, one for the Kalgoorlie construction crews and the other based at Port Augusta. The original butcher cars transported live sheep that were killed en route, as no suitable method of refrigeration was available to keep meat fresh for long periods.

Apart from new refrigeration units fitted in 1963 both vans remained basically unaltered, apart from minor overhauls, until being written off on 11th September 1982. They were stored at Port Augusta and Stirling North for six years until FA640 was delivered to the museum on 2nd August 1988 and the other tendered for disposal. Prior to being obtained by the Museum FA640 was badly vandalised and many fittings stolen, but has since been fully restored.