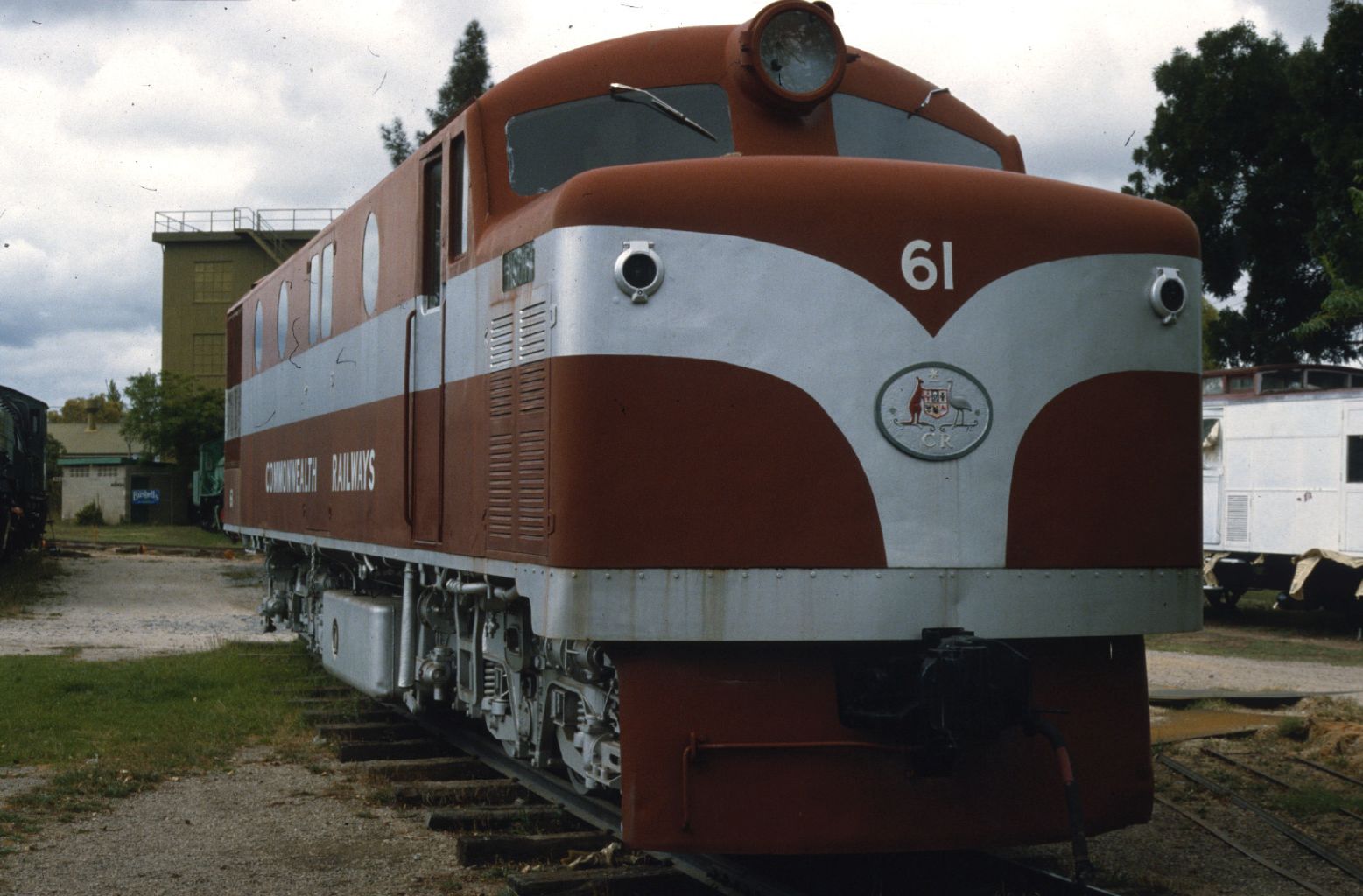 The NSU class was purchased by the Commonwealth Railways to replace steam locomotives on the narrow gauge Central Australian Railway, with some of the class serving also on the North Australia Railway narrow gauge system.

The Commonwealth Railways placed a contract for 14 locomotives in early 1951 with the Birmingham Carriage and Wagon Company, England. Each unit would use a Sulzer engine, have a Crompton Parkinson main generator and traction motors, be capable of operating on both narrow and standard gauge and be delivered by the end of 1952.

All 14 NSU’s entered service on the Central Australian Railway, and suffered some minor problems with air and oil filtration equipment, in addition to some voltage regulator repairs done by the component manufactures, but generally they worked well. As work on the standard gauge line progressed to the stage where trains could work over it to Brachina, mainline steam working was almost discontinued, with the majority of services being handled by the NSU’s.

Following the opening of various sections of the Marree standard gauge line, traffic requirements permitted the transfer of two units to the North Australia Railway. These two NSU’s were able to handle all traffic on the North Australia Railway for almost the next 10 years. Traffic levels dropped dramatically after the closure of the Frances Creek iron ore mine in 1974, allowing both units to be returned to the Central Australian Railway.

All 14 locomotives were transferred to Australian National Railways in 1975 and were gradually withdrawn from service, following the closure of the Central Australian Railway in 1980.