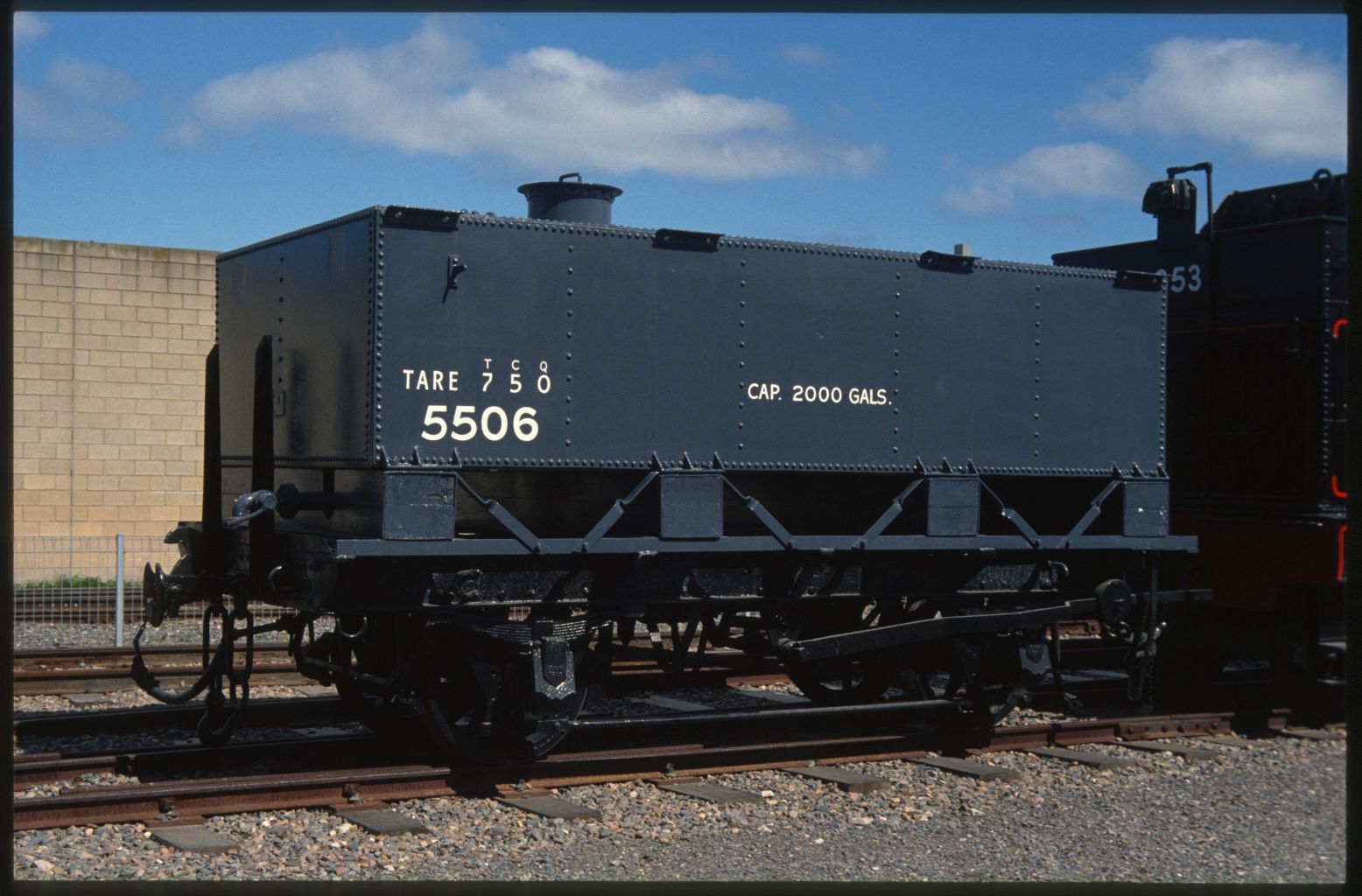 Drought is not an uncommon occurrence in South Australia and, in times past, it often became necessary for the Railways to transport water to badly affected areas. This required the building and maintaining of a large fleet of water tank cars to be held for such emergencies - Peterborough alone was once home for 120 such vehicles, which ranged in capacity from 1,200 to 3,000 gallons. However, exceptional circumstances sometimes required additional tanks and Temporary Travelling Tanks were sometimes fitted to the underframes of existing wagons. No. 5506 is in this category having been built as a Y-class open wagon, by J. S. Bagshaw & Co., in July 1914. The 2,000 gallon tank was fitted in March 1923.

Originally used on the Peterborough Division, No.5506 was sent to the South-East in January 1945, returning to Peterborough in January 1958. With the building of the standard-gauge line it was isolated on the Gladstone-Wilmington branch, where it remained until condemned on 13th April 1977. On 1st September of the same year it was placed in the Mile End Railway Museum, being transferred to the museum on 23rd September 1988.